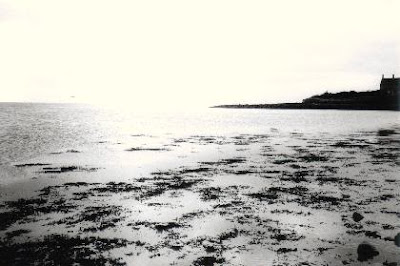 This picture was taken on the same holiday as the picture called 'St. Ives Doorway'. It is a picture taken using black and white film and is of the eastern tip of St. Michael's Mount in Cornwall. The mount is a strange outcrop of rock in the sea opposite Marazion. Unlike all the other pictures I took here, this isn't of the entire rock, with its castle et cetera, but of the seaweed and the sea visible on the walk to the island at low tide. This picture was that bit more interesting than the others so i had it enlarged and framed for my mother's Christmas present.