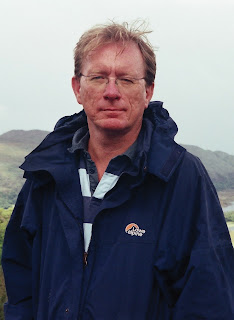 You would have had to have had your head buried in the sand to have missed the buzz that has been growing concerning The People's Supermarket recently. This supermarket takes aim at the ruthlessness and soullessness of the big supermarkets in attempting to create a local supermarket that sources its produce ethically.
Chris Horner, a colleague and friend of mine, is responsible for bringing The People's Supermarket to my attention. He is a member and thus a worker at the supermarket in Lamb's Conduit Street, Holborn, London. He agreed to take part in a Friday Five Questions interview for Ayohcee about his involvement in the project.
It must be stressed that his views are his own and don't necessarily reflect the views of The People's Supermarket.
Ayohcee: The People’s Supermarket (TPS) has risen to prominence over the last month or so, thanks in part to the Channel 4 documentary about it. What’s all the fuss about?
Chris Horner: I’d say it was an idea whose time has come, or is overdue. The question of how we source, waste, sell, and consume food is a hugely important one on many levels – I could write several pages on each of those and then add some. Part of the importance of the TPS is the fact that it involves people in not only thinking through, but also acting in order to improve things. Some examples of why it’s important:

AÓC: Can TPS every really challenge the might of Tesco and it’s 33% of the market share, or is that not really the point of the idea?
CH: We’re realists and idealists. We know that one co-op won’t threaten Tesco, and won’t overturn these large organisations with their unhealthy grip on the nation’s alimentary canal – and their appalling way with the people who labour to grow the stuff they sell. But apart from the fact that the TPS is a good thing in itself, I think we can be a beacon to others. ‘Propaganda by the deed’ was an old anarchist slogan. I’d adapt it to our context: showing what can be done and making it a success has already begun to inspire others to set up similar enterprises elsewhere (just as we were inspired by the version of the TPS they have in Brooklyn NY).
Whether or not that kind of thing rivals the big supermarkets or just helps to change the way they do business, and raises people’s consciousness who know, but it’s got to be worthwhile.
AÓC: David Cameron recently paid a visit to TPS which coincided with the re-launch of the ‘Big Society’ idea, and took time to speak to Arthur Potts Dawson in front of the TV cameras. Is TPS what Big Society is all about, or is Cameron jumping on the bandwagon to rescue the somewhat confusing idea of Big Society from the scrapheap?
CH: I could be thee latter, I think. I wasn’t too happy with our role in it all, as I wanted us to be a bit more media savvy about politicians’ photo opps. The Big Society idea isn’t 100% rubbish precisely because it is an amorphous, hard to pin down idea. Who could be against society? We are society and the TPS is an aspect of the desire to act rather than wait for others to do it for us.
But what does ‘big’ in Big Society mean – does it mean instead of ‘small’ state provision for the vulnerable? Does it mean competing interest groups carving up the commons – denying a citizen’s right to be treated equally wherever s/he is? I don’t worship The State but I’ll fight to defend the sense that the state embodies our shared life together, and tries to ensure justice and solidarity.
AÓC: Now, I know you in your professional capacity as a teacher at the same Sixth Form College as I teach. On top of this I know you are writing a book, that you keep a blog, are a regular tweeter and now you are involved in TPS. How much of your time and energy does being a member take, and does a member have much of a say in the decision-making process?
CH: I’m also a member of the London Equality Group, promoting a more equal society, and a few other things! TPS asks me to do 4 hours a month in return for being able to help decide in members’ meetings what we will do, as well as a 10% discount at the till. It’s not much of a commitment, I find. I also enjoy it – it’s a refreshing change from what I usually do. All members get an equal vote at members’ meetings – we decide on the kinds of stuff that comes up in a co-op, very much including fair trade, supporting the local community, as well as the mundane issues of bulk purchasing etc.
AÓC: Finally, what will the future hold for the TPS? Will it rely on more charismatic Arthur Potts Dawson-types to come forward to open more People’s Supermarket, or do you believe there will be a different strategy for growth?
CH: I think I partly answered this in my response to the second question, but I’d add that we’re mobilised around achievable goals: making the one TPS we have a success, for now. Charismatic characters are a real help – but the TPS was/is more collective than the Arthur Potts-Dawson centred TV series may have portrayed it. If the TPS idea is to spread, my hunch is that it will need both: people with the wherewithal to start the thing and a collective will to really make it happen.