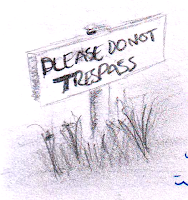 And so I write having spent the day at Kigezi High School and its surrounds. When I arrived at the school, I did so with trepidation and a fearing the thought of being thrust into a classroom full of expectant Ugandans, but soon had this fear allayed.

Karina informed me that Penninah was heading towards the nursery and, with no resistance, I opted to join in. The walk back down the hill from, Kigezi - for Kabale is quite a hilly area - provided me with the opportunity to talk with Penninah and to find out more about her; four children and an artist husband.

The nursery was a delightful little place. The smallest, as in the youngest, class were quite clearly upset by our arrival; a bunch of strange, smiling mzungu faces that were giggling and 'ah-ing' a lot. The older year groups were a little more understanding of our presence and sang us songs; the lyrics of which included:

Following on from this, we took boda-bodas back up to the High School. Imagine this: eight 125cc motobikes, wailing along the streets of Kabale, the poorest streets of Kabale, each with a cargo of young mzungus - myself, Karina, Adam, Emma, Angela, Louise, Stefan and Fran.

At this point I should reflect upon the 'Poor Quarter' - for I don't want to be seen as a foreigner blinded by awe. The streets, as with many off the beaten track, are just dust and mud. This mud is a vibrant red. The roads here though are even more devastated than those of many other areas. They are pockmarked by potholes. The houses are minute. Many of these homes appear to be bursting at the seams; bulging with children in rags and women caked in red dirt. The people look tired, as though they are scrimping for survival. I am reminded of William Blake's London of the 19th Century:

I wander through each chartered street,
Near where the chartered Thames does flow,
And mark in every face I meet,
Marks of weakness, marks of woe.

At the High School we got back to work and me, Melissa, Karina and Stefan headed off to class 1A. In this class I observed Penninah lead the session - an English class of 45 people. At the end, following very little input from myself, I was asked to "say something". I made a rambling speech that included a reference to one of the characters names in the text that they were reading - a certain "Uncle Tom". I informed them that I was a 'Tom' and an uncle too. My Ugandan name, it would now appear therefore, is Uncle Tom.

I taught 'Search for My Tongue' later on to a Senior 5 class - the equivalent to AS Literature. It went very well and one of the class stood up and thanked me on behalf of the class. After this we went to an outdoors assembly where we had to address the crowd with a microphone. Each person, in turn, took the mic and said a few words that were received, in turn, by applause. Weird, but I loved it.